Best Treatment for all skin and hair type in Vijayawada

The difference between conventional Co2 laser resurfacing and Co2 fractional laser resurfacing is that, in traditional full-surface ablative Co2 laser, skin treatments are performed using a beam of intense laser energy that is passed over the entire skin surface to vaporize the entire top layer of skin. The damage to the tissue is extensive and takes significant time to heal and regrow a new top layer of skin.

The Fraxel Laser systems use a patented scanning technology to deliver laser pulses in tiny dots on the skin in a fractional pattern. Co2 Fraxel PixelThese microscopic laser beams penetrate more deeply into the skin than traditional CO2 lasers and vaporize tiny columns of tissue while leaving adjacent areas untreated next to each treated column. The skin which is normal surrounding the treated area starts growing faster and covers the damaged skin promoting faster healing and maintain skin integrity. This is the reason the healing is fast and far more comfortable than full surface CO2 laser procedures.

Diode Pixel laser uses diode technology with a wavelength 1460nm which can coagulate deeper into the dermis without significant damage to the epidermis. This technology makes it a Non Ablative Fractional laser. When treating patients both Co2 Fraxel & Diode Pixel lasers are used to give the maximum benefit and excellent results.

Wide range of clinical conditions that can be treated : 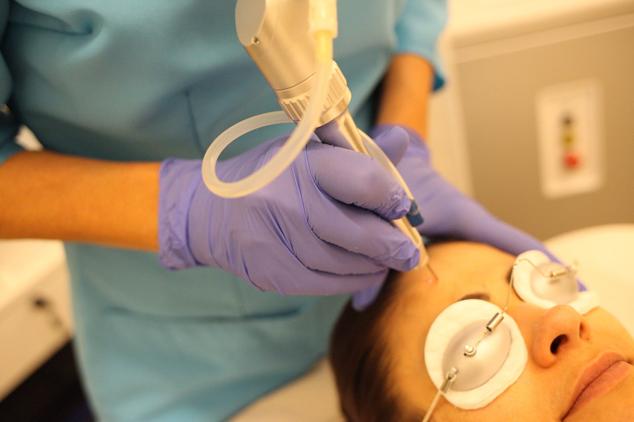